Do dogs have a sense of time?

Does your dog seem to know when meals are coming or anticipate your arrival after a day or work? If so, you may wonder if they can tell time. 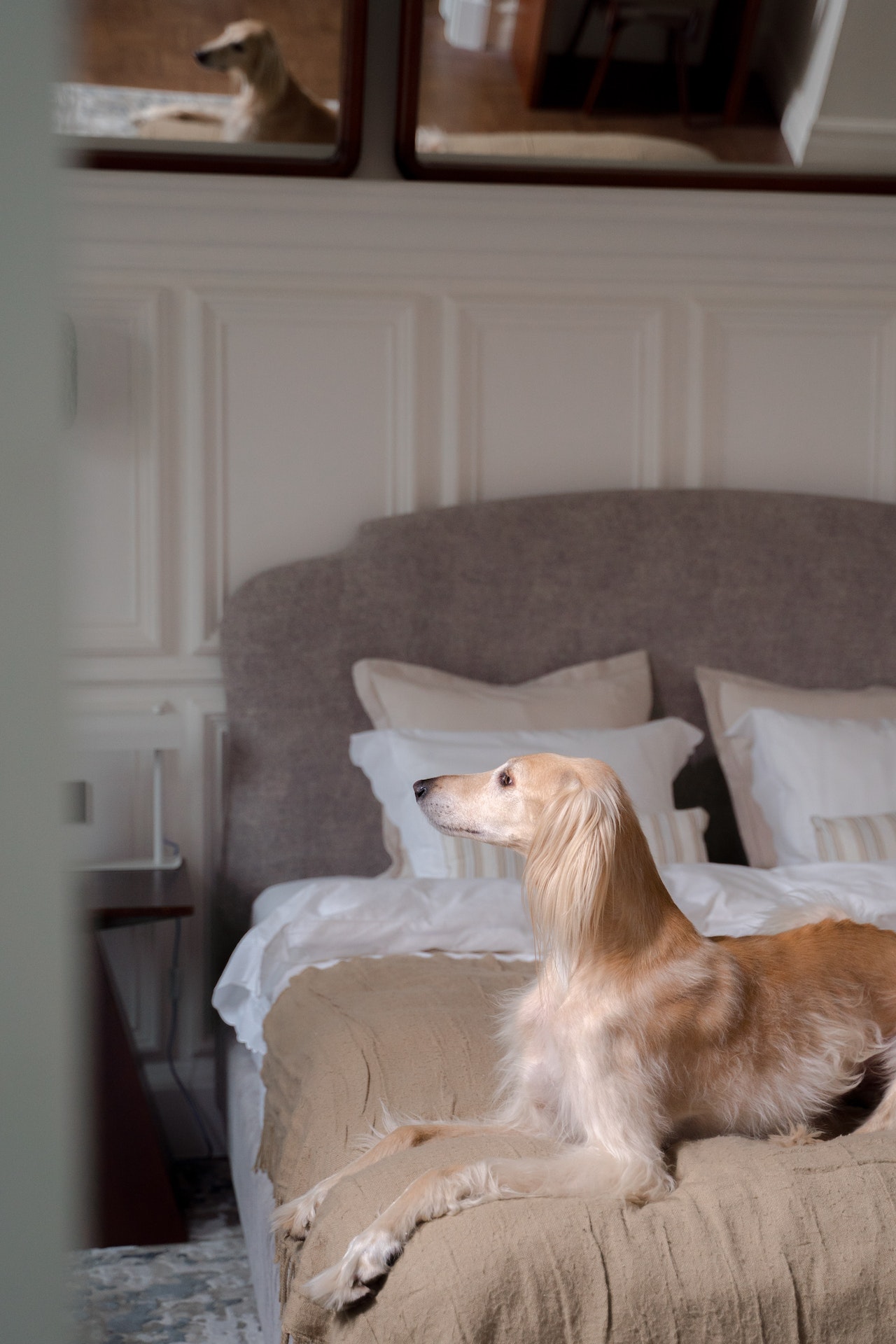 Does your dog always arrive in the kitchen just in time for dinner? Do they wait patiently by the side of your bed in anticipation of breakfast each morning? Are they usually sitting at the front door when you put your key in the lock after work? Maybe they get a case of the zoomies just before their evening walk?

If so, you may be wondering whether or not your pet understands the concept of time. Of course, your dog hasn’t really learned how to recognize the time of day by looking at the kitchen clock. Dogs (along with some other animals), however, do have their own way of perceiving time and processing memories linked to time. Let’s take a look at the reasons for this and discover how exactly our dogs know when to expect certain events.

Semantic memory is what leads your dog to the bowl every morning at nine and every evening at six. They’re not telling time, but recalling facts about your schedule.

Human memory is a complex subject, but two types of memory can be explained in simple terms: semantic memory and episodic memory. Semantic memory has to do with facts. It’s how we know an apple is a fruit and also a healthy snack. It’s how we know to employ basic math skills and calculate the price of apples on our grocery bills. Semantic memory reminds us that your dog is a Beagle named Fred. Episodic memory, on the other hand, is more subjective. Our subjective memory may help us recall every detail of major events, but fail to make note of even major details about more recent and innocuous events.

The canine brain allows for a less complicated form of semantic memory. Dogs can learn to recall verbal commands and read cues based on body language. Their episodic memories are believed to be less advanced. Semantic memory is what leads them to the bowl every morning at nine and every evening at six. They’re not telling time, but recalling facts about your schedule.

You always get home from work at a time when the light hits your house in a particular way. Of course, your dog is also getting hungry around this time. Both facts embed themselves in your pup’s semantic memory and, over time, inform their behavior. They’re not telling the time, but simply linking a series of events together – events that end with food in their bowls! This helps explain why dogs are so sensitive to even minute changes in their routine and often especially moved by major changes in the home like the death of a loved one.

Do dogs have a concept of time?

It’s clear that dogs have enough sense of time to “make an appointment” with their owners. What’s more, recent studies have shown that dogs are affected differently by the amount of time they’re left home alone. This is in spite of the fact that dogs may not technically know the difference between being left alone for 30 minutes or three hours. Dogs left alone for three hours demonstrated greater happiness upon their owner’s return than dogs left for just a few minutes. Dog trainers often teach dogs to perform specific tasks for specific periods of time, further supporting the notion that dogs understand duration.

Recent studies have shown that dogs are affected differently by the amount of time they’re left home alone. This is in spite of the fact that dogs may not technically know the difference between being left alone for 30 minutes or three hours.

Biological needs and your dog’s perception of time

Research has shown that dogs’ brains have a biological clock in the hypothalamus. This is the part of the brain that controls basic bodily functions such as the heart rate, respiration, and reproduction. The location of the moon and sun and feelings such as hunger and thirst also help dogs develop a concept of time. Dogs can respond to circadian rhythms – the change of night to day – much as humans do. By controlling an animal’s exposure to light or changing mealtimes and walk times, pet owners can and do alter their pet’s circadian cycle to fit in with their work and home life routines. Once you’ve decided to feed your dog at specific times during the day, their brain and body adapt to this. They’ll happily take a treat at any time of the day it’s offered, but if breakfast or dinner is late, they’ll let you know. They’ll follow you around the house, stand over their bowl, or gently paw at you until you get the message. This isn’t because they’ve been watching the kitchen clock. It’s the result of internal and external signals that tell their body it’s time to eat. Dogs like routine and stability as much as we do. Dishing up dinner at the same time every day reminds them everything is going well.

The relationship between time and a dog’s memory

A dog’s concept of time comes into play when they’re left home alone. We can’t casually say that we’ll be home by five o’clock as we walk out the door. There are ways of communicating with canines, however, to set their minds at rest. The first revolves around routine. Try to leave home and return at the same time as often as you can. This helps your dog learn to expect your departure and anticipate your arrival. Before you go out, follow a regular routine. Let them out into the yard, feed them breakfast, and take them for a walk. Let them see you putting on your work clothes, grabbing your bag, and picking up your keys. On your return, provide affection, serve dinner, and take them for an evening walk.

You could also train a dog to associate specific verbal cues with different types of absences. One cue should suggest you’re leaving for a short period, another could indicate you’ll be gone all day. This works best if you start training at a young age. If you’re just going to be out for a short while, try a phrase like “I’ll be right back” as you leave. For longer trips out of the house, try something like “I’ll see you at dinner time.” While your dog won’t know what the specific words mean, they’ll eventually link them to an expanse of time and start to feel more relaxed.