Do Dogs Have Taste Buds

Can your dog taste the delicious meals you provide? How sophisticated is their palate? Read on to learn how your dog’s sense of taste compares to yours and how their tongue helps them navigate and understand the world around them. 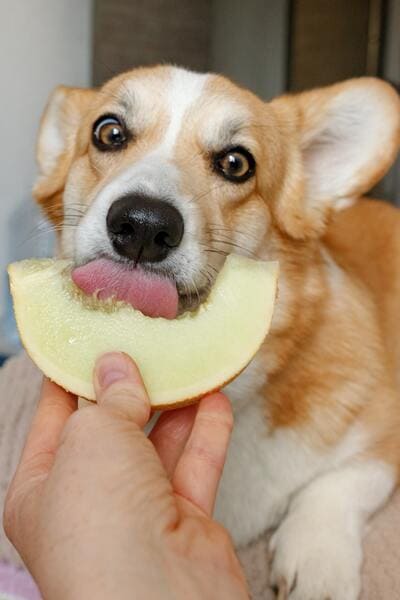 You’re always at the ready with your pet’s favorite meal. Maybe you’ve even opted for a premium brand to please their picky palate. But is all that effort and expense worth it? Can your dog even taste the food you’re offering? Read on to learn how your dog’s sense of taste compares to yours and how their tongue helps them navigate and understand the world around them.

How do dogs taste food?

If you believe everything you see in advertisements, you’d be forgiven for thinking that dogs have a highly refined sense of taste. In reality, however, this is far from the case. A dog’s sense of taste is much less discriminating than that of us humans. Where we have around 9,000 taste buds housed in the papillae on our tongues, your dog only has a comparatively meager 1,700! That’s still enough to taste their food. Studies have shown that dogs, like us, can identify salty, bitter, sweet, and sour tastes. Dogs also have special taste buds solely for tasting water.

Puppies are born without the ability to taste. They gradually develop this sense during the first few weeks of their lives, even before they can hear or see. As they age, they gradually lose their sense of taste and smell – explaining why some senior dogs can be choosy eaters.

How do dogs respond to sweet, salty, bitter, and sour tastes?

Taste buds covering different portions of your dog’s tongue are more sensitive to certain flavors than others. The buds for bitter and sour tastes are found toward the back of the tongue, while sweet and salty taste buds are gathered toward the front. A dog’s tongue also possesses receptors that are fine-tuned to taste meat, fats, and meat-related chemicals. As undomesticated dogs lived primarily on meat, this fine-tuning became embedded in the DNA handed down from your dog’s wild ancestors. With fewer taste buds than humans, a dog’s ability to distinguish between subtle flavors is less sophisticated than ours. Dogs love meat, but chicken, beef, and pork all taste more or less the same to them.

If you love digging into a bag of salty potato chips and even wonder if they’re somewhat addictive, you may ask why your pooch doesn’t want to share them with you. This is because dogs are genetically programmed not to enjoy salt as much as we do. Their traditional, mostly meat-based diet provided plenty of salt. Their bodies knew that they’d get sufficient salt for good health without seeking out extra doses. For similar reasons, many dogs regard bitter and sour foods as potentially dangerous or rancid. If your dog is a sucker for sweet treats, this is also evidence of their ancient lineage. A sweet tooth may result from a history of eating fruits and vegetables in the wild. While you might assume dogs are carnivores, they’re actually omnivores who tolerate quite a lot of healthy greens in their diet.

While a dog’s nose has 40 times more olfactory power than its human equivalent, the canine tongue is significantly weaker than ours. We’ve got over 9,000 taste buds, compared to their relatively paltry 1,700.

Why dogs sniff food before they eat it?

Although dogs have fewer taste buds than us, they supplement them with an extraordinary sense of smell. This is why dogs sniff everything before they eat it. If something smells strong – whether it’s a juicy steak on your kitchen table or leftovers in the garbage bin –  your dog will likely make a beeline for it! This helps explain why many dogs prefer canned food over kibble. Canned food simply smells stronger than dry food. If you’re dealing with a picky eater, try providing food with an especially strong aroma. Sometimes, however, a dog appears picky because they’re clever. They’ve worked out that if they refuse to eat their kibble you’ll offer them some deliciously smelly cooked meat.

Do dogs even care what their food tastes like?

You’ve probably observed for yourself that dogs aren’t always especially discriminating when it comes to food. Sometimes it seems like they’ll sink their teeth into just about anything. Studies do show, however, that dogs’ show a preference for pork and beef rather than chicken and lamb. T

hey also prefer the taste of warm, moist foods over dry, cold foods. That said, all dogs are different. Some will eat anything and everything, others are more discerning. Some dogs are strongly influenced by the food they were given as puppies. Without enough variation in their diet, they may grow resistant to change as an adult dog. Others like variety in their meals just as much as we do.

These dogs might get tired of a monotonous diet and start to experience food fatigue. Is your dog suddenly disinterested in their usual food? These questions can help you tell the difference between food fatigue and a more serious issue like allergies.

Are they simply bored with their usual food?

Does your dog check out their bowl and walk upon seeing it’s filled with the same old food? Do they sniff it and have a mouthful or two before turning up their nose at the rest? Are they fit and healthy in every other respect? If the answer to these questions is yes, you may have a dog suffering from food fatigue on your hands.

Is the food safe to eat?

Is the food past its sell-by-date or has it gone bad because of improper storage? Dogs are generally very good at sensing when something isn’t safe to eat (chocolate notwithstanding). The food could also have become contaminated with smells and flavors from something else that’s confusing the dog. Providing some fresh food should solve this problem.

Is their bowl clean?

While dogs are not as concerned about hygiene as we are, they do have their own cleanliness standards. Maybe it’s time to pop their bowl in the dishwasher.

Have they had a sudden or ongoing loss of appetite?

If the answer is yes and you’ve noticed other symptoms such as lethargy, vomiting, and diarrhea, book an appointment with your vet as soon as you can.

Though we need water to live and most of us drink plenty throughout the day, we can’t taste it. Dogs (and cats) can. Both dogs and cats have taste buds on the tip of their tongues that react to water when the tongue curls to lap it up. This reaction happens regularly, but is more sensitive after they’ve eaten salty foods. Researchers have theorized that this is because dogs in the wild would require hydration after salty meals. As long as they always have access to clean fresh water, healthy dogs are very good at keeping themselves hydrated.

What kind of foods taste bad to dogs?

While dogs can discern salty, sour, bitter, and spicy tastes, they tend to avoid them. In the wild, these tastes are often an indicator of something toxic. If food has spoiled, dogs will also sense this and refuse to eat. One downside of this is that a dog’s aversion to bitter tastes can make it especially difficult to administer medications. Exercise particular caution around spicy foods. While most humans can tolerate the heat provided by capsaicin and even enjoy it, spicy foods can make dogs seriously ill. Don’t be tempted to share a bite of Buffalo wings.

Dogs and cats both have a special class of taste bud for recognizing the taste of water.

If you’re concerned about your pet’s eating habits or want advice on how to tempt your dog’s taste buds in a healthy way, ask your local vet. Animalia works with them all and our policies can help you provide a higher quality of care throughout your dog’s life.