Golden retrievers are friendly, Chihuahuas are skittish and Pit Bull are hostile. Are these Breed-specific stereotypes true? Does breed affect your dog’s behavior? We’re here with some surprising results from a recent study. 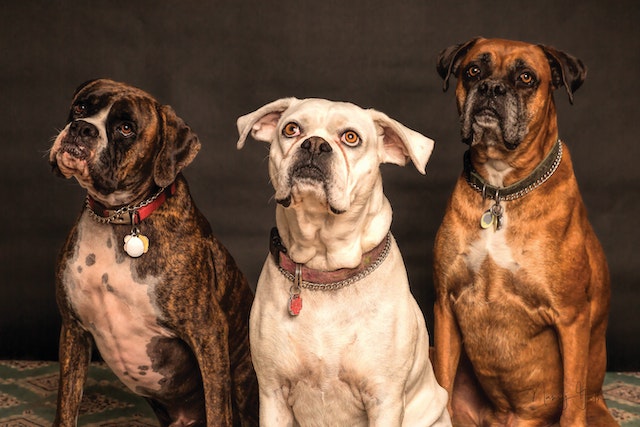 Generations of selective breeding have given each type of dog its own unique appearance and temperament. Conventional wisdom around breeding has resulted in a number of stereotypes about specific dogs. To name just a few: Chihuahuas are skittish, Golden Retrievers are great with kids, Poodles are dignified, and – more problematically – certain larger dogs like Rottweilers and Pit Bull Terriers are hostile. Are these preconceptions really misconceptions? In many cases, yes. The science suggests that any dog (no matter the breed) can make a great companion.

A recent study assessing the link between dog behavior and genetics indicates that some breed-specific stereotypes may be inaccurate. Breed was found to be responsible for just 9% of behavioral variability. Ultimately, the study’s authors were able to conclude that a focus on breed alone (as defined by modern breed standards) is short-sighted. In fact, the study’s authors concluded that breed “is generally a poor indicator of individual behavior.” So, dog owners looking for a specific blend of traits will need to do more than read up on their breed of choice.

Personality is determined instead by a range of factors, many of them environmental. What’s more, any breed (or mixed-breed dog) can exhibit any type of personality.

A recent study indicated that breed was found to be responsible for just 9% of behavioral variability.

Do different breeds have different personalities?

While a dog’s temperament may draw some influence from its breed lineage, even purebred dogs show enough variability to make relying on breed alone problematic. Certain traits are more likely than others to coincide with breed, but no breed exhibits a prescribed personality and no traits are unique to any one breed. The aforementioned study found that biddability (how well dogs respond to directions from humans) was the trait most likely to be heritable by breed. Even biddability, however, showed a great deal of variability from dog to dog.

Our modern conception of breed is primarily based on aesthetics. Owners looking for dogs with a specific personality type should speak with breeders or anyone else who has had regular close contact with their potential pet. Details about a dog’s lineage, the personality type of their parents, can provide additional guidance.

As with human personalities, “nature” and “nurture,” both play a role in solidifying a dog’s unique temperament. That means genetic and environmental factors work together and that breeders and owners play a vital role in forming a dog’s personality. The nurture side of the equation is especially crucial during the neonatal period. Throughout the first several weeks of a dog’s life, careful handling and tender introduction to new sensations helps ensure they grow up friendly and confident. Early Neurological Stimulation (ENS) during this period can even improve their performance later in life. Such markers include increased tolerance to stress, improved cardiovascular performance, and more resistance to disease.

After about eight weeks, a puppy’s environment will begin to play a broader role in personality development. At this stage, puppies are ready to leave the care of their mothers and experience the world around them at a more rapid pace. An abundance of new experiences, as well as carefully regimented training and socialization, will further support a puppy’s growth. During these periods, breeders and new pet owners should take care not to overwhelm dogs. Too much socialization too fast can overwhelm puppies and lead them to associate anxious, fearful feelings with specific new experiences. These undesirable traits may become integral parts of their personality as adult dogs.

Certain traits are more likely than others to coincide with breed, but no breed exhibits a prescribed personality and no traits are unique to any one breed.

Does dog breed even matter?

Verdict: The only traits that can truly be called “breed specific” are related to appearance. No dog breed owns any particular trait. Temperament and behavior are a product of several factors, both environmental and genetic. Researching breeds can help prospective pet owners get a sense of what’s in store for them, but breed standards don’t tell the whole story. Owners themselves will likely play a more important role in determining their dog’s personality than breed lineage.

Eliminating breed-specific stereotypes can help pet owners make more responsible, thoughtful choices. Shelters may be better able to find homes for dogs like Pit Bulls who sometimes suffer from bad reputations and owners will consider the full spectrum of canine personality before hastily selecting a breed.