Dog Training Methods: Which is Best For you?

Training a dog shouldn’t be overwhelming, but the sheer number of popular approaches can make getting started a challenge. What method will work best for you and your pet? 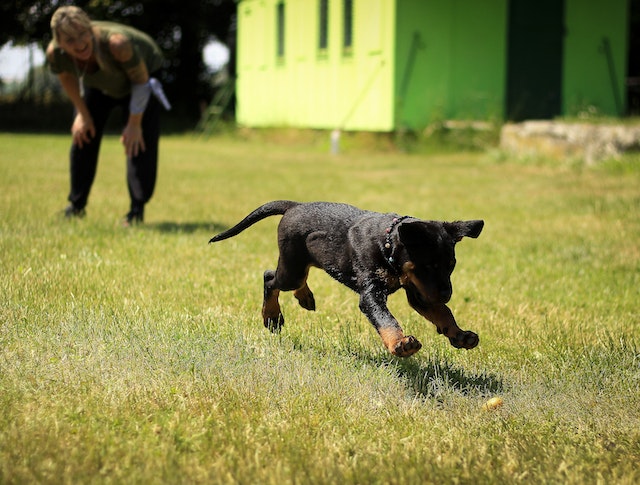 Can you teach an old dog new tricks? Absolutely. Dogs are always learning. Consistent training is an essential part of owning a dog, no matter the age, breed, or temperament. The process builds confidence, provides mental stimulation, ensures your dog can respond to commands, and helps to strengthen the human-animal bond.

The history and evolution of dog training

Humans have been training dogs for as long as they’ve been domesticating them. There are a few theories as to how this all got started. The first theory holds that humans would steal wolf pups and raise them to be obedient. A more popular theory suggests that more social wolves would approach human camps for food, thus beginning the friendship between man and pup.

In the very beginning, dog training simply involved putting certain breeds to work – herding, guarding, hunting, or pulling carts. Dog training soon evolved into a very dominance-based approach where brutal techniques were used to bully dogs into acquiescence. It was even a commonly held belief that dogs couldn’t experience any pain.

Later in the early nineteenth century, Ivan Pavlov studied how dogs responded to stimuli, noting that dogs could be trained to respond in certain ways to the presence or thought of food. Today the phrase “Pavlovian response” is still widely known and used. Science has continued to revolutionize the world of dog training, leading to conditioning and reward-based dog training philosophies that aim to understand dogs and their instinctual behaviors.

Dr. Pavlov wasn’t particular about the dogs who participated in his famous experiments. His subjects represented a range of breeds and even included mixed-breed dogs.

Training a dog shouldn’t be overwhelming, but the sheer number of popular approaches can make getting started a challenge. What method will work best for your pet?

So, here’s everything you need to know.

This is an incredibly controversial dog training technique – and for good reason. Dominance training relies on teaching the dog that you’re the pack leader. It suggests that behavioral problems like aggression are your dog’s ways of asserting dominance and should be controlled through confrontational methods and punishment.

Dominance training was based on observational studies of how wolves would behave in an enclosed habitat. One wolf typically demands to eat and meet his needs first to the detriment of other wolves in the pack. The alpha theory has since been disproved in both dogs and wolves.

The alpha dog method would have you believe that your dog is in a constant struggle to dethrone you as a top dog, which simply isn’t the case. It deprives dogs of positive experiences and can cause fear, pain, and distress.

The scientific approach to dog training involves rewarding appropriate or desired behaviors. This method aims to understand a dog’s nature and its ability to accept conditioning. It’s all about communicating with dogs in ways they understand. For the most part, it’s based on operant conditioning and relies on positive reinforcement.

Positive reinforcement dog training is fairly straightforward. It involves rewarding the desired behaviors immediately after they happen. The method is also a great way to offer mental stimulation and bond with your pup. However, positive reinforcement requires consistency. It means using the same commands and the same rewards for particular behaviors every time.

Clicker training is, in a way, a form of positive reinforcement. It involves using a clicker or a whistle to provide consistent, audible responses to positive behavior. That said, your dog must first see the clicker as a reward. You can accomplish this by giving your dog a treat after clicking the device. This way, your dog will learn to associate the clicking sound with positive behavior and rewards.

Dog training collars are used to deliver a shock in response to unwanted behaviors. This is, understandably, a controversial training method. It can cause a great deal of stress and even result in anxiety disorder. Not all electronic training methods involve electronically shocking your dog. Some just provide some sort of stimulation designed to get your dog’s attention, like a vibration or beeping noise.

Also known as Hungarian clicker dog training, the Mirror Method uses a clicking device to encourage a dog to mimic their trainers’ actions. It works by providing a model of good behavior.

The model can also act as a rival, competing with the dog to perform a task for a reward. This training method aims to work with a dog’s natural instincts by modeling rather than just forcing good behavior.

Unlike obedience-based training methods, relationship-based dog training builds on meeting the needs of both the human trainer and the dog. It involves teaching more than training and helps develop a trusting and cooperative bond.

Relationship-based training requires a great deal of patience. Instead of punishing, you must figure out why your dog isn’t performing the desired behavior. Are they tired? Are there too many distractions, or is your dog just unwilling to perform?

Colonel Konrad Most published the Training Dogs Manual in German in 1910. Today, some consider Most the father of modern dog training.

However you choose to train your dog, here are some tips to help you along the way.

Effective socialization and training are a big part of responsible pet ownership, helping dogs keep happy and healthy throughout their life. Enrolling dogs in pet insurance is another vital part of puppy ownership that too many owners forget.

Get a quote from Animalia today to learn how a policy could help you pay for healthcare expenses.