There’s no question that we love our dogs, but do they love us back? While dogs often make their affections obvious, many dog owners still wonder about their pet’s emotional lives. 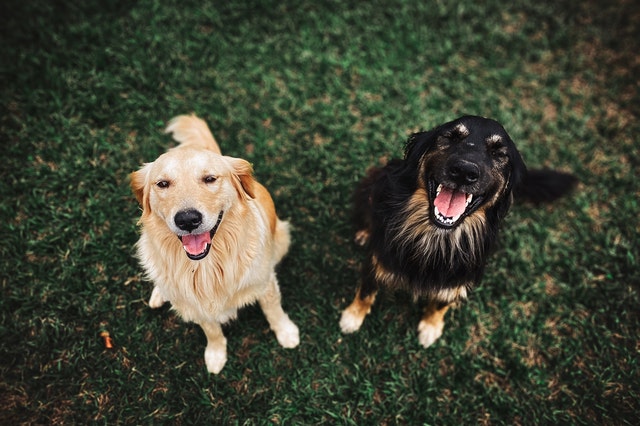 There’s no question that we love our dogs, but do they love us back? While dogs often make their affections obvious, many dog owners still wonder about their pet’s emotional lives.

The history of dog emotions

Though breeds like Pugs and Poodles may not look wild, all modern dogs are descendants of wolves. Humans first started sharing their lives with dogs tens of thousands of years ago. Slowly but surely, ferocious wolves evolved into the trusted companions we know today. Domestication has led to more than aesthetic and behavioral changes. The dog’s cognitive and social abilities have become more nuanced and sophisticated over time too.

Since most research was sponsored by the Church back in the day, it was determined that animals lacked a divine spark. Dogs, by virtue of not being human, were incapable of higher thought patterns and could not experience true feelings.

Science has progressed a long way beyond observation and mere speculation. Advancements in technology have made it possible to map the dog’s brain and see how they respond to emotional cues. Dogs, it turns out, have the same brain structures and emotion-inspiring hormones as humans.

It’s safe to say that dogs are not organic robots that simply follow their instincts like a machine follows its programming. Dogs possess both emotional and social intelligence. The primary difference is that dogs experience emotions on a more basic level.

Compared to humans, a dog’s brain is small in relation to their body size. Despite this fact, MRI studies have shown that the dog brain has the same basic structures as those found in humans. For instance, dogs have a hippocampus that allows them to form memories and an amygdala that regulates emotions. The commonality of brain structures is true across all mammalian species.

A comparatively large portion of a dog’s brain is dedicated to analyzing smells, leading experts to think that dogs associate certain emotions and memories with scents. For instance, a dog’s caudate nucleus (the reward center of the brain) activates when exposed to the smell of their human owner or someone they knew. It’s the same response that humans have when they are shown pictures of people they love.

Dog’s brains also respond to sounds, with their auditory cortex showing significant activity during exposure to happy sounds or the voice of their owner. These similarities explain why humans and dogs are able to bond so profoundly.

The human brain has more folds than its canine counterpart, which means more surface area and more neurons. Without as many folds, dogs do not possess the same capacity for higher thought and feelings. Dogs simply do not possess the full range of possible emotions – and neither did you at one point in your development.

According to research, infants and young children have a more limited range of emotions than adults. As their brains develop, they’re able to experience different and more complex emotional states. In this sense, the mind of a dog is comparable to that of a 2-year-old toddler. Dogs, of course, will not continue to develop.

Which emotions do dogs actually experience?

Why is hate a strong word? Because its a complex emotion, composed of numerous feelings like anger and disgust. It’s one of many complex emotions humans feel on a regular basis. Other complex emotions include awe, envy, embarrassment, guilt, remorse, shame, and worry. These emotional composites are seldom observed in toddlers, who have only a partial conceptualization of such emotional complexity.

A canine reaches emotional maturity at around six months of age, possessing the emotional capacity of a 2-year-old child. As such, they’re capable of experiencing simple emotions that represent pure, unmixed states. They exclusively feel emotions like anger, fear, joy, contentment, suspicion, and, yes, love.

Some would disagree, contending that dogs can feel complex emotions like guilt, pride, and shame. That’s really just a case of humans projecting what they would feel in a particular moment onto their pets. For instance, if your dog shows visible discomfort and cowers in a corner with its back to you after breaking an item, it’s only natural to assume that they’re feeling guilt. But that’s not the case. It’s just a display of fear. What you’re observing is a fear of punishment or reproach.

For decades, it was conventional wisdom that dogs saw the world in black and white. In fact, dogs see the world around them in a combination of yellow and blue hues. Try buying yellow and blue toys to see if your dog responds especially strongly.

Do dogs have feelings? Look to the science

1. Yes, your dog loves you and not just your treats

Gregory Berns, a Professor of Psychology at Emory University, used MRI imaging technology to study canine cognitive function and compare it to how the human brain works. In this study, Berns ventured into the minds of dogs, proving definitively that dogs experience some emotions in the same way humans do.

By looking directly at their brains, Berns could discern a dog’s emotional state. For instance, the caudate nucleus in human and dog brains is strikingly similar. This part of the brain plays a key role in how people respond to things they love. In dogs, the activity in this part of the brain increases in response to the familiar smell of their human owners.

Dogs can recognize selfish and generous attitudes in humans. In one study, researchers and observers placed a dog and their owner in a room with two strangers. The strangers both had a bowl of food with them. A third stranger would enter the room, acting as a beggar asking for food. The first stranger would reply with a stern “No” and shoo the beggar away, while the second would reply “Okay” in a kind voice and share their food.

The main takeaway was that the dogs developed a preference for the stranger who shared their food. This also means that dogs can recognize and understand subtleties in voice tones.

Interspecies emotional contagion is a real phenomenon. Dogs are amazingly social beings that are easily infected with human emotions like joy, excitement, and even anger and distress. They even experience an increase in cortisol (the stress hormone) levels in response to a baby crying.

Emotional contagion is a primitive form of empathy that depends on the duration of the relationship between dog and owner. Nonetheless, it proves that dogs are capable of detecting and sharing some of the same emotions as humans.

What does this mean for you and your dog?

As a dog owner, you probably intuitively know that your dog has feelings. Your dog comforts you when you’re in distress, you’ve observed the grumpiness and separation anxiety, and there’s no faking the amount of excitement they display when you finally come back home.

Even though dogs are incapable of complex emotional processes, they still display a level of social and emotional intelligence. That said, it’s important to understand how your dog processes and displays emotions to better take care of them.

Anthropomorphizing your dog or attributing human characteristics to them can actually be harmful to their wellbeing. Dogs will be dogs. They respond better to rewards and positive reinforcement.

Canine and human brains have more in common than you might think. Your dog’s memories are formed in their hippocampus too and their amygdala helps regulate their emotions just like yours.

Why not reward your dog with a pet insurance policy tailored to its unique needs and your particular pet care budget? Get a quote from Animalia today.