What to Expect During Your Puppy’s First Year?

The first year of a dog’s life is a rollercoaster of emotion, fun, and plenty of challenges. Having some knowledge about what to expect during this important first year gives you the toolset to develop a strong bond with your puppy while keeping them safe, happy, and healthy. 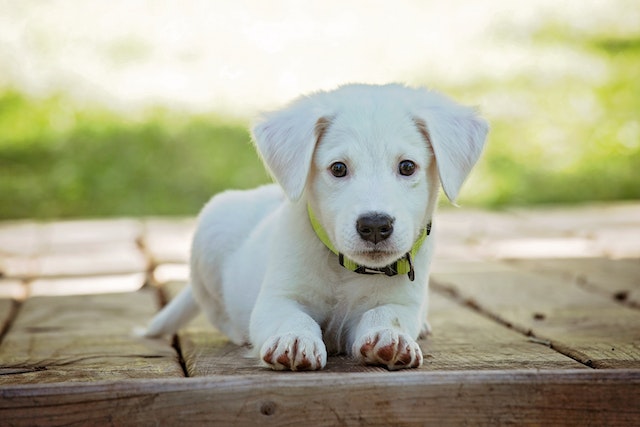 The first year of a dog’s life is a rollercoaster of emotion, fun, and plenty of challenges. Turning an excitable bundle of fur into a well-balanced, well-behaved, and confident member of the family is most definitely hard work. Fortunately,  puppy development is well-researched and predictable from breed to breed. Smaller breeds are fully mature by the end of their first year while larger breeds still have a bit of growing up to do. Having some knowledge about what to expect during this important first year gives you the toolset to develop a strong bond with your puppy while keeping them safe, happy, and healthy.

If you’re a dog breeder or your dog has had a litter at home, you’ll be involved in raising puppies right from day one. Welcome to the neonatal stage. Newborn puppies are furless, their eyes are closed, and they’re totally dependent on their mothers. Under no circumstances should they be separated from their mothers and handling should be kept to a minimum. During their first few weeks, puppies suckle every three to four hours enjoying milk that’s rich in calories, protein, and the fatty acids DHA and EPA that aid in brain development.

By the end of week two, their eyes are open, their fur is growing, their muscles are developing, and they’re becoming aware of their surroundings. They’ll soon start to stand, crawl, yap, whine, and take their first tentative steps. If you’re getting your puppy from a breeder, this is the time to visit and choose one from the litter. By the end of the first month, you or the breeder can start taking puppies on short trips to other parts of the home to experience different sights, sounds, smells, and textures. This is crucial for good puppy socialization. By the end of week four, puppies will begin to show the distinctive physical characteristics of their breed.

The process of weaning, or introducing the puppies to solid food, begins in month two. Mix puppy food into puppy milk substitute and serve it to your puppy between suckling sessions with their mother. Gradually make the proportion of solid to liquid food greater. By the start of month two, puppies will be able to bark and play with their siblings. This is an important part of how they learn about their world. They will also begin to take an interest in their human companions. Gentle holding and petting help with the bonding process while also supporting brain development, physical coordination, and social skills. By week six, puppies have strong attachments to the important members of their pack (including you).

Month two is a good time to start “potty training.” Hourly bathroom breaks are best. Gently carry the puppy outside or to a designated indoor spot. Praise them for appropriate elimination, but never scold them over accidents. It will be another month or two before they have consistent bladder and bowel control. Visit your chosen vet before the month is out. While there, discuss your puppy’s vaccination program. Vaccinations usually start at about six weeks of age.

Month three is one of the most important stages of a puppy’s life. It should now be at home with you and bonding and socialization should be well underway. With the first round of vaccinations for parvovirus and distemper safely done, you can start taking your puppy out and about, even attending obedience and socialization classes. These are great ways to help them gain confidence while learning to interact in a positive way with other dogs and their owners. While at the vet’s office, discuss spaying or neutering. Keep in mind, however, that the procedure may be a ways off. Depending on the breed, it can take pace anytime between six to 18 months.

It’s during their third month that dogs develop a sense of fear and the impact of a single traumatic experience can last a lifetime. Avoid this by providing lots of comfortable and safe experiences while introducing them to the exciting world around them. And, of course, keep going with potty training. Your puppy’s elimination muscles take time to develop fully, but you should be dealing with fewer accidents by now.

By month four, your puppy’s personality should be shining through. Is it outgoing and bold, a bossy leader of the pack, or a quiet follower? Whatever their character, one thing’s for sure, their energy and curiosity will lead them into all sorts of scrapes and adventures. Continue introducing new sights, sounds, textures, smells, and experiences while letting them meet plenty of pets and people. The more they experience now, the less likely they are to feel fearful as adult dogs.

Depending on the breed, this is also the time when permanent teeth begin replacing puppy teeth. As dogs contend with teething, you may need to have to deal with unwanted nips and even destructive chewing. Make sure to provide plenty of appropriate chew toys and treats to divert their attention.

Teething continues throughout month five and dogs will continue to chew on just about anything – your furniture, the book you’re reading, even your favorite pair of shoes. Keeping them focused on appropriate chew toys feel like a full-time occupation. Their bodies are also growing at a rapid pace and their appearance becomes less puppyish and more adult-like during this period. This is particularly evident in larger dog breeds. As bones fuse together and cartilage hardens, juvenile dogs will take a while to get used to their new body shape. They’re prone to goofy accidents such as crashing into furniture or tripping over their long limbs. This can be hilarious to watch, but makes dogs more prone to injury. When you’re not there to supervise them, make sure to keep them in a safe environment such as their dog crate or a pen. You may need to “puppy-proof” your house with baby gates, dog-proof cabinet latches, and garbage bins they can’t break into.

When out and about, don’t be tempted to let your pup off the leash just yet. Keep up with socialization training and classes, rewarding them constantly with praise and treats. Vaccinations should be complete by now and regular treatments for flea, tick, and worm prevention should have started. Some females reach their first heat cycle during month five, making them vulnerable to unplanned pregnancies if you haven’t yet had them spayed. Make sure to keep them away from adult male dogs.

Dogs have a few more adult teeth than their human counterparts. By the time they’ve finished teething, your dog will have a set of 42 permanent teeth, ten more than you.

While adult in appearance, your pet still has plenty of puppy energy and curiosity at six months old. Toilet training should be complete and their adult teeth will have grown in, but don’t underestimate just how juvenile your six-month-old pooch can be. It’s an adolescent with mood swings, unpredictable behavior, and an independent streak! Now is not the time to ease back on obedience training. If your puppy hasn’t yet been spayed or neutered, this is a good time to consider it as can reduce their energy levels and juvenile behavior. Spayed and neutered dogs are also protected from diseases of the reproductive system and certain cancers. After six months, the speed at which your dog develops, changes, and matures begins to slow down.

As puppies enter the second half of their first year, their personality and intelligence shine through. They make independent decisions rather than acting on impulse and intuition. That means sometimes they make the wrong decisions. They’ll decide to chase that squirrel in the park rather than obey your command to come to heel! At times, they’ll really test your patience. It helps to remember that they’re not being deliberately “naughty.” Just like human teenagers, they’re testing their limits and boundaries while practicing their decision-making skills. They may also go through another period of fear. Keep an eye on them as they interact with the world, helping them to avoid stressful situations that may create negative associations in their mind.

By month twelve, many breeds such as Chihuahuas, Dachshunds, Terriers, and Spaniels are considered mature and you should have a happy, confident adult dog living in your family. Larger breeds such as Labrador Retrievers, German Shepherds, and Great Danes can take up to another six months to mature and they may swing on a daily or even hourly basis between puppyish antics and appropriate adult behavior. As the end of their first-year approaches, smaller breeds should happily be eating an adult dog diet.

Other breeds will be ready to begin the gradual transition between a puppy diet and an adult diet. Dogs, especially those with lively and curious personalities will always try to push the boundaries. It’s worth carrying on with obedience classes for another few months as your dog continues growing and getting to know you.