Why Do Dogs Tilt Their Heads?

We’ve all seen a dog tilt their head, but what’s behind this curious canine behavior? Animalia examines the phenomenon in this guide for pet owners. 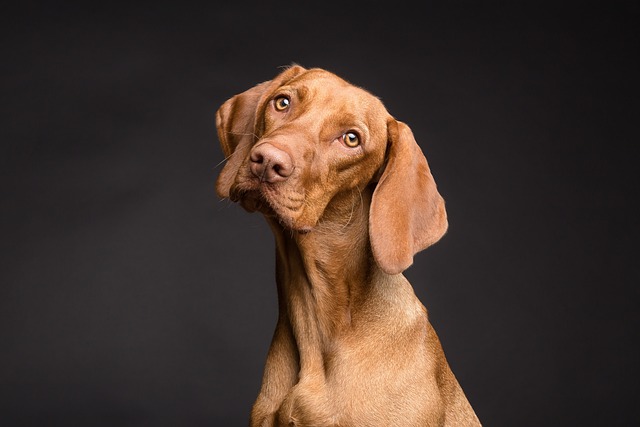 We’ve all seen dogs cock their heads to the side and gaze in our direction. The quizzical expression is sweet, but what does it mean? Are dogs trying to ask or perhaps even tell us something?

Dogs of all ages tilt their heads up when they are excited, happy, curious, or anxious. Here are just a few reasons your pup may be viewing things from a new, off-kilter perspective.

Some possible reasons for head tilting in dogs

Your dog is attempting to see better

Dogs with long muzzles tend to tilt their heads from side to side when they want to get a better look at someone or something. A puppy may be especially fond of the behavior as they grow accustomed to their growing snout.

Your dog is listening attentively

Although a dog’s quizzical head cock might suggest incredulity or confusion, the gesture could actually be a sign of concentration and increased attention, especially when performing a task that requires recalling information.

Your dog is examining the source of a sound

Dogs may suddenly tilt their heads if an unexplained noise catches their attention somewhere in the distance. Certain sounds, especially ones that intrigue or puzzle them, will be more likely to make a dog tilt their head. If they are really interested in the sound and aren’t quite sure where it’s coming from, they will tilt their head to try to localize the sound, find its source, and obtain more information about it.

Your dog wants your attention

Unexplained sounds are a common cause of head tilting in dogs and it’s no wonder dogs find audio so fascinating. Dogs are capable of detecting much higher frequencies and much softer sounds than their human companions can.

Dogs have a keener sense of hearing than people do and can detect frequencies and sounds that escape us. But humans have an advantage over dogs in one regard: a person with normal hearing ability can detect a sound regardless of the direction from which it is initiated, while a dog’s directional hearing is more limited.

The external human ear is engineered to pick up sound so efficiently that a person does not have to turn toward the sound to capture it.

Not so with dogs. Head-tilting helps them hear better. The flaps of their ears may change the direction of sound, such as for German Shepherds whose tall ears may prevent them from clearly hearing sounds behind them. Rotating their ears, or their entire head, can help triangulate the location of the sound so they can hear it more clearly. Other dog breeds, such as Cocker Spaniels, have dense, heavy earflaps that can cover the entire ear canal, muffling sounds in general. Lifting these earflaps will also help improve their hearing.

Many times, moving the ear flaps and tilting the head may be so subtle that we don’t really notice it. Other times, the dog may choose to exaggerate the motion. And some dogs may choose to tilt their heads more than others.

Researchers discovered that dogs usually cock their head in the same direction regardless of where the owner was standing. The so-called “right-tilters” and “left-tilters” may be a matter of individual preference—something scientists say they want to investigate further. Earlier studies have found the right side of dogs’ brains to be more active in processing positive words and praise, which could play a role in tilt direction.

When is canine head tilting cause for concern?

A consistent head tilt that is not associated with communication may indicate a medical problem. Infections of the external ear canal caused by bacteria or yeast may cause pain, itching, and the occasional head tilt. Middle ear infections are more serious and are often accompanied by a more persistent head tilt. If your dog cocks his head when there is no auditory stimulation, take him to your veterinarian.

Additional signs of potential ear infections in dogs include rubbing or scratching of the ear, foul odor, discharge, swelling, and scabbing.

Worried your dog’s quirky behavior could be a sign of trouble? A pet insurance policy can help ensure you’re always prepared to address health concerns and offer the best care possible. Animalia pet insurance will cover expenses related to your dog’s health while saving you potential thousands over the course of their life. Get in touch with us today for a quote and to learn more.