How to Stop Your Puppy from Barking

You can’t expect a dog not to bark. It’s like expecting a human baby not to talk. In order to make the barking stop, you should get deeper into the meaning of the barking. 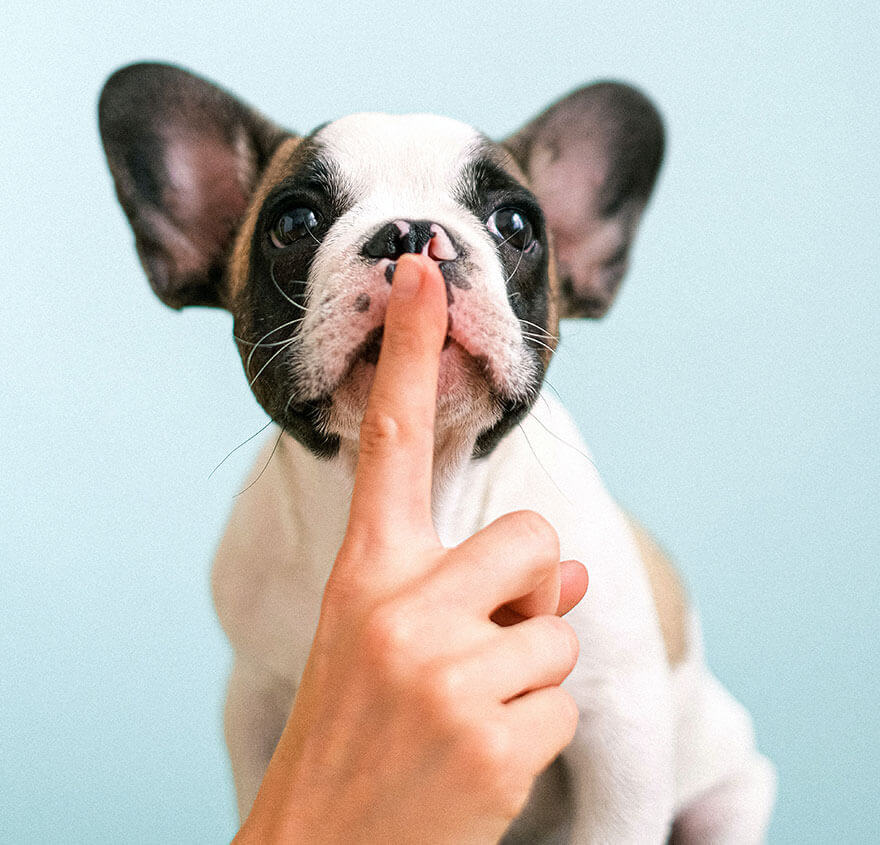 Why do puppies bark?

Well, they’re puppies, after all. they’re supposed to bark, right?

Barking is a part of any dog’s nature. You can’t expect a dog not to bark. It’s like expecting a human baby not to talk. However, your dog is not supposed to bark excessively. In order to make the barking stop, you should get deeper into the meaning of the barking.

Figuring out the cause for the barking can be tricky since our pup can’t tell us what’s wrong and we’ll have to get to the bottom of it ourselves. There are a few possible reasons why your puppy is barking too much and some of them might help you find a solution of how to stop the pesky sound.

Here are some of the reasons puppies bark

Being protective is in every dog’s nature. And although they’re just puppies, if there’s something going on that they consider as a threat to you, they will start barking in order to protect you. Or simply, your puppy is just trying to protect their territory.

Barking is usually how puppies react when they see someone new or someone really familiar. That’s a happy bark, followed by tail wagging and jumping.

Although dogs are descended from wolves, they bark for different reasons: while wolves only bark at alarm or threat, dogs can practically bark at anything

If you leave any puppy alone for a while, they’ll probably start barking out of boredom or maybe because they’re not getting the usual attention from you and feel lonely. That’s when the sad and unhappy barking starts.

Puppies can get scared of any object or noise that grabs their attention. In that case, they will start barking or whining. Puppies can also get anxious, just like humans can.

Puppies will bark if they want something or if they feel like you have more important things to do.

Now that you know the reasons behind your puppy’s barking, you can learn a few tricks to stop it.

How to stop your puppy from barking?

We must start by saying it will take time. You will have to be consistent and work with your puppy as much as possible. Here are some techniques you can use:Remove the motivation to bark

Remove the motivation to bark

Dogs wouldn’t bark if they don’t get some kind of reward for it. Figure out what they get out of barking and work to remove it. If, for example, they bark at people or other dogs passing by the living room bedroom, make sure to close the curtains or put your dog in another room.

If you think your dog is barking simply to get your attention, try to ignore it. Tiring them out by regular exercise, a walk to the park or playing some puzzle toys, will keep them occupied and reduce the amount of barking. Preventing your dog from barking is always easier then trying to get them to stop barking.

Desensitize your dog to the stimulus

If your dog barks at specific triggers, get them accustomated to gradually and by using treats as rewards. Start with the specific stimulus at a distance and then treat them for maintaining eye contact with you and not barking. Start moving the stimulus a little closer by feeding them treats for not barking. If they do start barking, you’ve probably gotten too close…

The loudest bark ever was made by Daz, a white German shepherd, at 108 dB, which is similar to the sound of a train passing close

Keep these tips in mind

Yelling at your dog to be quiet won’t reduce their barking. the goal is to identify the reason behind it and then give them an alternative way to communicate or remove the stimulus that causing them to bark. Always be consistent so you don’t confuse your dog. Having everyone in your home on the same page can lead to faster results.