Is My Dog Depressed?

Dog depression is quite similar to the kind we humans experience. But unlike humans, they can’t just talk about it or call in sick to work. Here are some signs and symptoms pointing to dog depression. 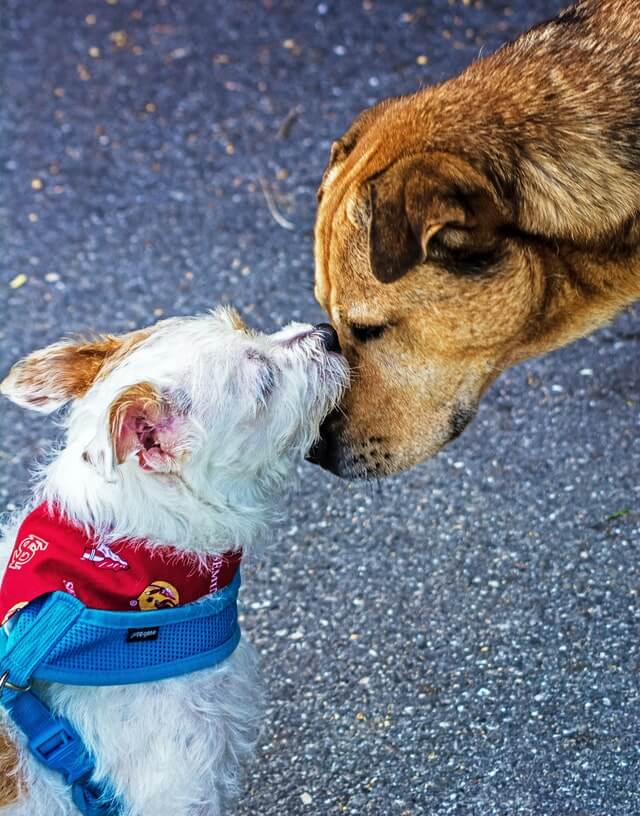 Dog depression is quite similar to the kind we humans experience. But unlike humans, they can’t just talk about it or call in sick to work. While there’s not as much research out there as there is for humans, there are all kinds of signs and symptoms pointing to dog depression.

Major Changes in life can be a source of depression

Has anything changed in your dog’s daily routine? Did someone leave or come into their lives? Major life changes like moving to a new home are an exciting part of life for humans who usually view it as an important step, an opportunity to start a new chapter in their lives.  But what about our dogs? How do they view these kinds of life changes? Well, while some might adapt to them easily or experience just “light mood changes”,  e others may suddenly shut down and sleep all day in the back of a closet.

Dogs are territorial and therefore, tend to get attached to their place of living. Moving to a new place means changing their safe and familiar surroundings. They might feel lost or sad and may exhibit some changes in their behavior. A more serious depression has been noted in dogs that have lost their owners or their pet friend. Some may even claim dogs are not depressed but grieving, as there is a very thin line between these two emotions.

On the other hand, positive life changes like bringing a new pet, a baby, or a person into their home, might also affect dogs’ behavior more than you think as it means less time and attention for them. Lack of attention greatly influences a dog. Yes, dogs are playful creatures, but they are also attention seekers. When bringing a new baby into the family, dogs tend to care for and look after them. Many new parents have experienced a refreshing outcome with their dog as it turned into the greatest babysitter ever existed. But what about bringing new pets? Well, let’s just say it is less recommended – quarrels, lots of noise, and markings of territory would probably become a daily routine.

Medications for depressed dogs are the same as those used by depressed humans- Paxil, Prozac, and Zoloft.

Behind those eyes – signs of depression

So, how do you know if your dog is experiencing depression? Here are some of the most common signs.

A sudden loss of interest in food, as well as weight loss, could be a sign of a depressed dog. On the other hand, just like depressed humans, there are dogs that when feeling sad, might use food as a kind of solace -that means, will eat more and gain weight.

From activeness to sleepiness

If your once active and curious dog suddenly prefers to be curled up in some corner, not interested in anything that is going on around them, or if you leave your dog for a long time and they continue to sleep even after you get back home, barely reacting to your presence, something is probably wrong. If your pup suddenly loses interest in playing or going for walks, pay attention and seek help if needed. Try to engage your pup in doing the things they love and even better, doing something you both enjoy together.

Depressed dogs will often lick their paws excessively to soothe themselves on a physiological as well as psychological level. Paw licking is usually more based on anxiety. It can also lead to more serious health concerns like infections.

When something bothers or depresses your dog, they might suddenly hide in different places like the closet, or want to be left alone. it’s not a physical thing but rather an emotional reaction to sadness and distress.

Just like us, dogs can suffer from the winter blues. Cold weather usually means less exercise and outdoor play, both of which help to increase your dog’s dopamine levels.

Up until the 1800s, scientists believed that only humans have feelings and conscious mental processes, while animals were thought to be simply the equivalent of biological machines with no psychological processes worth mentioning. Charles Darwin was the one who changed that conception by claiming that the emotional experiences of animals are quite similar to those of humans.

In the late 1980s, Dr. Nicolas Dodman, a specialist in the field of animal behavior at the School of Veterinary Medicine at Tufts University, began to see some similarities between human psychological states and those which could be observed in dogs. Dodman decided to check it out by giving dogs with similar depression symptoms to humans, the same antidepressant drug humans take. The results were historical as those dogs’ behavior improved dramatically. Dr. Dodman’s research has opened the way for treating emotional conditions in dogs. Veterinarians nowadays consider depression as a serious condition in dogs that requires attention and treatment.

How can you help your depressed dog?

Just like in humans, a dog’s depression may be cured by providing the safe environment they need so much. Show them that even though life is changing, your love and friendship will always stay the same, like a solid rock. You could also take your dog out for long walks in nature, play with them, and remind them of their favorite game or food. Just be there for them.

As a responsible pet owner, you should bear in mind that many symptoms of depression overlap with other conditions or diseases in dogs. That’s why it’s important that the veterinarian carefully examines the dog before prescribing treatment. Make sure you give the veterinarian all the details about any recent changes in your pup’s life.