The Five Most Expensive Procedures For Dogs

Emergency veterinary expenses can leave pet owners with budget-breaking bills and impossible decisions. Learn more about the costs of common procedures to plan your budget and better understand the value of pet insurance. 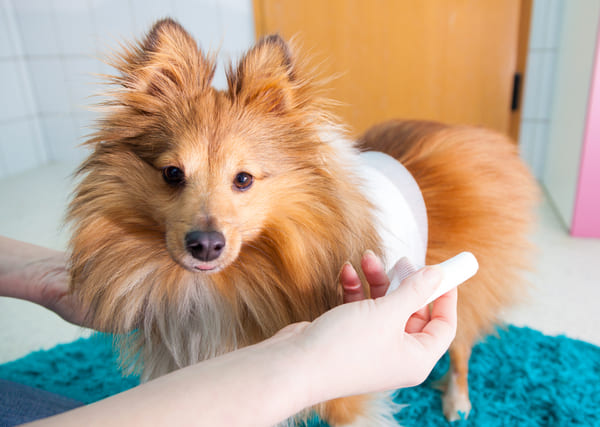 Every pet owner dreads a health emergency. Even when pups pull through and make a full recovery, the cost of paying for medical treatments can mean going way over budget. Sometimes, animal lovers must make impossible choices based on cost, forgoing treatment for sick pets.

The average cost of canine surgery in the US rises with every year, with the average procedure costing between $500 and $7,000. These rising costs are related to the increased price of pharmaceuticals as well as the cost of researching and implementing the latest technologies, equipment, and procedures. To prepare yourself for all the potential emotional and financial impacts of pet ownership, it’s a good idea to know how much common surgeries cost. While it’s impossible to estimate the cost of medical care for an individual, we can share average prices for common procedures.

Here’s what you should expect to pay for five common and expensive canine procedures.

Canine hip dysplasia is common in many large dog breeds. Replacing the ball and socket can restore a full range of movement to the hip joint and relieve symptoms and pain. Treating arthritis and fractures may also require total hip replacements. The operation is similar to the one carried out on humans and involves replacing the head of the femur (the ball) and the acetabulum (socket) with prosthetic implants. A new ball is fashioned from a cobalt-chromium metal alloy while the socket is created from high-molecular-weight polyethylene plastic. The implants are secured in place with bone cement. At least 90% of dogs who undergo a total hip replacement make a full recovery. It can, however, lead to a long recovery process for an owner’s bank balance, especially since both hips often need replacing. An alternative option to total hip replacement is a surgery called a femoral head ostectomy. Learn more about this procedure here.

Dogs – especially puppies – will swallow just about anything they can get their mouths on. Just about everything is a suitable target for a chew no matter how diligent pet owners are. It’s no surprise that a lot of dogs wind up with foreign objects blocking their digestive systems. The most common culprits are dog toys, stones, and socks. Emergency surgery to remove these items is often necessary to avoid fluid loss, dehydration, and life-threatening damage to the intestines. Without veterinary attention, your dog’s stomach or intestinal walls could even become perforated, leading to sepsis. In senior dogs, gastrointestinal obstructions may also be caused by a tumor or torsion (twisting of the intestines).

If you see your dog swallow an object, seek veterinary help immediately. If you haven’t witnessed them swallowing something, signs of trouble might include repetitive vomiting, dehydration, a poor appetite, or obvious pain. If you suspect an obstruction, do not give your dog any food until they’ve seen a veterinarian. Do not try to induce vomiting. Occasionally, vets can remove small objects from the stomach via endoscopy. Major surgery is, however, required in most cases. Once the object has been removed and the wound is sutured, your dog should soon be up on its feet and back to its usual chewing habits! Just be careful, they may not have learned their lesson.

You can’t stop an active dog from running, jumping, and bounding around. Unfortunately, this joie-de-vivre can get the better of dogs and lead to injuries such as torn cranial cruciate ligaments. Many dogs will develop this condition even if they aren’t athletes! This common condition causes instability in the knee joint and allows the tibia or shin bone to move forward relative to the femur (thigh bone). When this occurs, the knee gives way and dogs start to limp. Tibial Plateau Leveling Osteotomy (TLPO) is a surgical procedure that can stabilize the knee and get them comfortably back on their paws again. TPLO involves altering the angle of the top of the shin bone (the tibial plateau) so the torn ligament is no longer necessary for the knee’s stability. During surgery, a curved cut is made in the tibia. The bone is then rotated before being stabilized with a plate and screws. Following TPLO, dogs typically make full recoveries and their long-term prognosis is positive. Most will have a complete return to function with proper healing and rehabilitation.

Sometimes dogs develop pressure, pain, and damage of the spinal cord caused by diseased intervertebral disc material. This degenerative process leads to painful bulging, ruptured, herniated, or slipped discs. To relieve these symptoms, the diseased material is removed surgically. Although the condition can affect any dog, it’s more common in smaller breeds such as Beagles, Basset Hounds, Shih Tzus, Pekingese, and Dachshunds. IVDD surgery can involve different techniques depending on how severe your dog’s symptoms are. In most cases, the diseased material is removed through a hole. The recovery period is quite lengthy and it can take six to eight weeks before your dog is back to their usual active self. The success of their recovery will depend largely on how severe the condition was prior to surgery. Complications can include lack of return to function, damage to the spinal cord, infections, hemorrhage, etc.

Bloat is the common name for Gastric Dilation and Volvulus (GDV). When dogs suffer GDV, their stomachs twist and create life-threatening complications. The condition starts with bloating brought on by excessive gas, often caused by eating a large meal or drinking copious amounts of water, or even breed predisposition. When the stomach twists, it puts pressure on the diaphragm and major blood vessels which leads to breathing and circulatory problems. If not treated promptly, death can occur. GDV is more common in larger breeds with barrel-chested silhouettes such as German Shepherds, Great Danes, Saint Bernards, Old English Sheepdogs, and Standard Poodles.

Prophylactic Gastropexy is sometimes recommended as a preventive measure when GDV-prone breeds are young and healthy. The stomach is surgically attached to the abdominal wall to prevent twisting. The procedure can be carried out at the same time as a puppy’s spaying and neutering operation. When this prophylactic measure is taken, the risk of GDV occurring is reduced from 55% to 4%. In more senior dogs, Gastropexy may be performed as an emergency operation if the stomach twists. Although gastropexy was once a major abdominal operation, it is now very often performed through a small laparoscopic incision. This means smaller incisions, less pain, and fewer complications.

Dog owners can remember the warning signs of the bloat by turning the word into a helpful anagram: Breathing problems, Large stomach, Overproduction of saliva, Agitation, Trying to vomit.

By now, you can certainly see the value of protecting your beloved pet with adequate pet insurance. Although 53% of American households own a dog only an estimated 2% of dogs are adequately insured. With four out of five dogs experiencing at least one medical emergency during their lives, this means countless pet owners face heartbreaking decisions. Purchasing coverage while a dog is young typically means lower up-front costs and broader coverage options. Contact Animalia today to learn what covering your pet could cost and how much it could help you save.