How Do I Know If My Dog Has Worms?

No need to panic (or visualize)…when worms are discovered early, they can be treated easily. 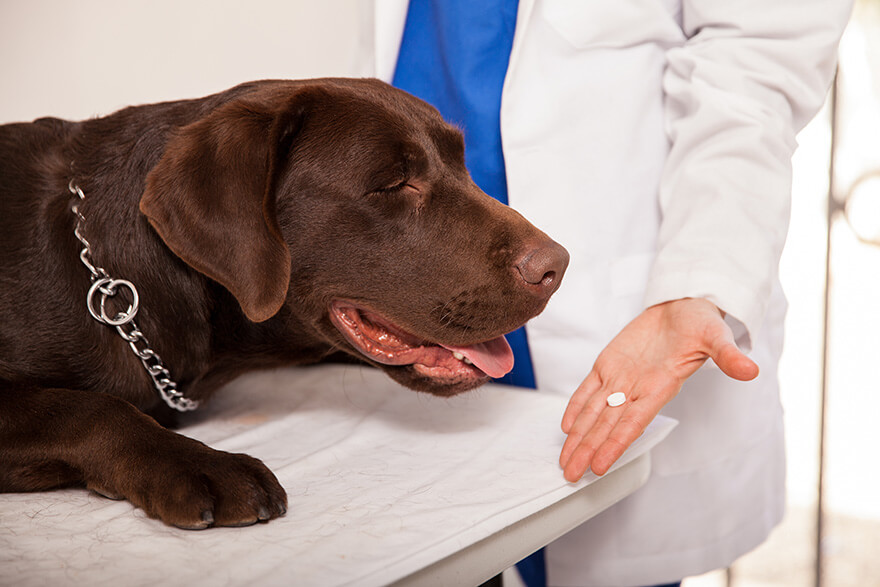 The only time a bottom worm can cheer you up is when found at the bottom of a tequila flask. On any other occasion, take your pup to the vet’s office. Do not panic, do not visualize! Worms are treatable.

How do dogs get these slimy pals?

Puppies do not only inherit fluffiness from their mama dogs. Sometimes, pups get infected before they are born, as the placenta transports larvae to their tiny bodies.

During breastfeeding, mama dogs can pass larvae to the pups through their mammary glands. On both occasions, larvae will eventually grow to worms in the puppies’ small intestines.

For some reason, still unknown to mankind, dogs indulge in this meal quite often. Turns out, that lone dog poop on the sidewalk is as tempting as a Christmas dish. Science reveals that dogs eat feces if they are missing certain vitamins in their bodies. They’ll receive the vitamins without a doubt, but there’s a special on the menu: a swarm of worms.

During breastfeeding, mama dogs can pass larvae to the pups through their mammary glands. The larvae will eventually grow to worms in the puppies’ small intestines

What are the signs of worms in dogs

There are several signs that your dog might be infected with worms. First, you might just see them in the dog’s feces and around the anus. Heartworm-infected dogs have a dry cough. Your dog will usually cough after exercising, as the parasites migrate to the dog’s lungs, blocking the oxygen supply.

Diarrhea is a serious symptom of a worm-infected stomach. As soon as you notice the soft stool, you should consult a vet, as your dog might get dehydrated.

All worms cause vomiting. Whipworms induce yellow-green vomit, while dogs infected with while roundworms and hookworms will vomit actual worms (sorry for that graphic description…)

Low energy and change in appetite are considered severe indicators, as they may be caused by serious internal bleeding.

Heartworm-infected dogs will suffer from a dry cough as the parasites migrate to the dog’s lungs, blocking the oxygen supply.

When your dog has been diagnosed with a worm infection, your veterinarian may prescribe anti-parasitic medicine as a first step. This medicine can be injected or taken orally. If your dog suffers from worm-related side effects such as inflammation, the vet may prescribe an anti-inflammatory.

After being diagnosed with worms, the vet will start the treatment with tablets or injections, depending on the types of worms. Drontal, Mibemax, and Panacur are the most regularly used dewormers. They will start working in a few hours. The trickiest aspect of this is getting the dog to swallow a tasteless dewormer. Seeing worms in your dog’s feces is not a pleasant view but is a sure sign that the dewormer worked its magic.

Even if your dog appears to be recovering fast, the medicine must be taken until the treatment is completed. This is critical to prevent them from becoming infected again right away. Anti-parasitic drugs should start working within a week and full recovery should take a month.

How to prevent dogs from getting worms

A clean environment can help protect your pup from getting intestinal worms.

If your dog stays in an outside kennel, you should clean and sanitize the living area often. Bleach is a good disinfectant and cleaner. Sodium borate is the true warrior. Every great battle in history has resulted in collateral destruction. It will be the grass and flowers around your house in this case. And, certainly, the worms will perish as well.

Control the infestation of mice and mosquitos. If your dog eats an infected mouse, he will become ill. Mice carry parasites as hosts until the parasites move to a larger animal, like the dog.

Mosquitos breed in stagnant water, often near the kennel.  While feeding on infectious animals like foxes or wolves, mosquitos pick up worms. Your dog will become affected when bitten by mosquito-carrying worms.

Can humans get worms from dogs

You may wonder if your dog can transmit worms to you. After all, you spend a lot of time snuggling, petting, and playing with them. The unsettling answer is that yes, certain types of worms that infect dogs can transfer to humans.

Worms are well-known for their tendency to switch hosts and species, and you might appeal juicier than the tiny puppy. The problem is that since they are not accustomed to the human body, they will often head to places like the brain, eyes, liver, and lungs.

You may experience the same symptoms your dog did, such as fatigue, bloating, diarrhea, and vomiting. But no need to panic- when worms are discovered early, they are easily treatable.