Should I Leave the TV on for My Dog?

Leaving the TV or radio on to keep your pup company is a common technique. Let’s find out how useful TV actually is for your dog. 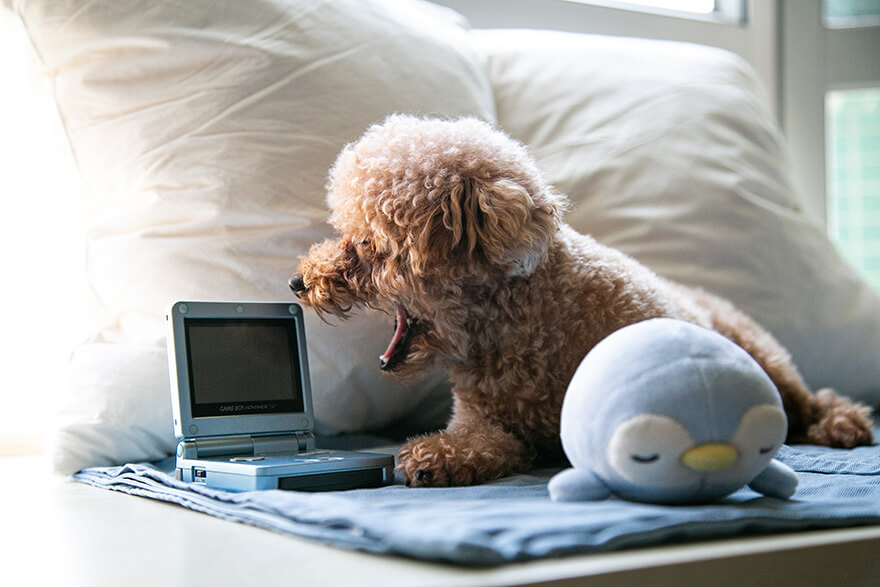 If your dog could talk, he would probably tell you that one of the least favorite parts of his life as a pet would be you leaving them alone at home every morning.

Leaving the TV or radio on to keep your pup company is a common technique. In fact, a new report shows that 35% of pet owners do so when they go out. Let’s find out how useful TV actually is for your dog.

Let’s start with a clear fact- your dog will always prefer to spend their time with you. Whether it’s a walk around the neighborhood, a fetch game with their favorite toy or a cuddle session. Your dogs loves your presence. However, when you’re not around, a feeling of boredom and anxiety might crawl in. And you know what that means. If an anxious and bored dog spends too much time on their own in an empty and quiet house, they would probably engage in a full “Home Alone” string of canine shenanigans, such as chewing your shoes or ripping off your pillows.

According to Los Angeles-based veterinarian Jeff Werber, the point of leaving a device on to produce background noise at home is to have a form of comforting entertainment for your pet that won’t remind them of you. Dogs don’t have to be immersed in the programs streamed on television, but the noise can get them back in their comfort zone and stop them from freaking out about your absence. So yes, leaving the TV or radio on could help with reducing your dog’s separation anxiety. Just make sure there are calm, soothing, and joyful programs on it. The last thing you want is for your dog to get startled by on-screen loud noises, barking dogs, sounds of doorbell ringing or fireworks and explosions.

A distraction from outside noises and trouble

Loud environments are the most common cause of canine anxiety and troublesome behavior. Living in a noisy neighborhood where you can often hear fireworks or a geographical area with regular thunderstorms means frequent anxiety triggers for your dog.

The background noise from a TV program is effective as it can neutralize outside noises like motorcycles or cars driving by. Dogs can easily get upset and start annoying your neighbors with persistent barking. An amusing TV program would immediately spark the curiosity of your dog, causing him to search where the peculiar sound comes from. The greater the distraction – the lesser the destruction of your belongings and overall trouble!

Nevertheless, TV noises may not calm or amuse every dog in the same way. The background noise works well for pups who rely heavily on their auditory sense; however, other dogs that use their sense of smell most prominently are less likely to pay attention to the TV.

As we all know, rewards are our dogs’ favorite language. So, in order to make use of TV as a valuable source of entertainment for your pup, you should present it as a sort of treat or praise. This way, they would start paying attention to something else other than you for a change.

Can my dog actually “watch” TV?

Let’s say you’ve been binge-watching Brooklyn Nine-Nine with your dog by your side. They didn’t really express consistent interest in the show – until the Welsh Corgi named Cheddar had his minutes of fame in some episodes. It’s quite common for pups to react to programs involving animals, especially on-screen doggy pals. According to Coren, a neuropsychological researcher,though, only real animals shown on TV work this way – cartoon characters don’t have the same effect. Additionally, a 2013 study confirms that canine vision is developed enough to recognize photos of other dogs and distinguish them from images of other animals and humans.

With that being said, your pup probably doesn’t have a deeper insight into the TV show you’ve been watching together, as dogs have a different perception of images compared to humans. They distinguish fewer colors and tend to see quick flickering images instead of coherent motion (which is nowadays improved by HD/4K technology).

Dogs also may not enjoy TV to the fullest because it doesn’t stimulate their sense of smell.

If you want to spoil your dog with some special entertainment, you can get access to DogTV through your cable provider. DogTV is an HDTV channel exclusively made for dogs. The channel is specially adjusted to canine vision in terms of colors and frame rate. The channel also features three types of modes to meet your dog’s psychological and behavioral needs:

Alternatively, you can entertain your dog with special dog apps, playlists, videos, or other dog TV shows available on Netflix.